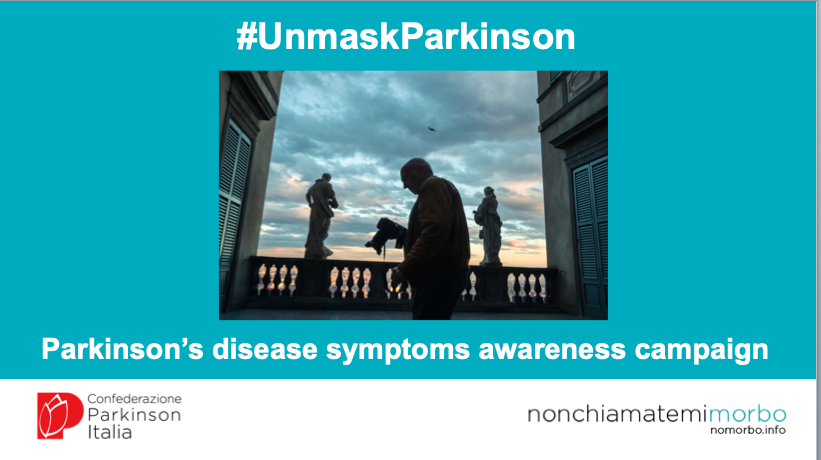 On air from 19 June to 17 July #UnmaskParkinson, the awareness campaign on the symptoms of Parkinson's disease by Parkinson Italia.

The campaign, which stems from a skill-based employee volunteering activity promoted by Medtronic Italia, picks up and amplifies the theme of the #NonChiamatemiMorbo (don't call me morbus) campaign on the importance of knowing the alarm bells of the disease in order to make an early diagnosis and make the treatment path more aware and targeted.

Starting with a selection of images from the #NonChiamatemiMorbo exhibition, the campaign texts tell the story of the symptoms, both through the voice of the patients and the description of the specialists: from the most recognised symptoms such as tremor, facial masking and language difficulties to more disabling effects that appear and worsen as the disease progresses, such as writing, to non-motor symptoms such as smell and taste disorders, swallowing difficulty, constipation and depression.

"Parkinson's is not just a tremor in one hand" underlines Giangi Milesi, Chairman of Parkinson Italia "We are grateful to the Medtronic volunteers and to Medtronic Italaly who decided to support the campaign in line with their mission".

The #UnmaskParkinson campaign was launched by Giangi Milesi, Chairman of Parkinson Italia, on 17 June during the opening of the exhibition #NonChiamatemiMorbo in Trento.